I'm going back to reviewing cocktails primarily with the occasional wine review thrown in when I drink something new and different.  I just couldn't guzzle wine fast enough to make reviewing it worthwhile. 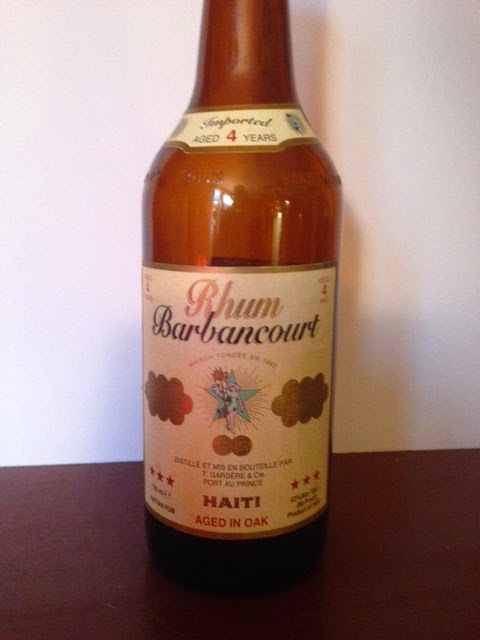 So, for now, I'm hitting the Random Recipe link at Internet Cocktail Database and playing around with what comes up.  Today is the Bacardi Highball, basically ginger ale, rum, and a slice or twist of lemon on ice.  I don't have Bacardi so I started with Tommy Bahama White.

I should start by saying that rum isn't my favorite spirit; give me gin any day.  The Tommy Bahama version seemed bland and without much flavor.  It might have worked better with lime than lemon (something that could be said about all these).

Next up, I used Rhum Agricole.  This one had a pronounced rum flavor, with more sugar cane to it.  It was notably sweeter than Tommy Bahama, though there was an unidentified note that turned me off a bit, it tasted more "rummy" in the sense that I don't care for.  I jotted down for this one that it likely would have been better without the lemon.

Third, 21-year-old Rhum Demerara.  The drink had a darker color from the rum, again more of a cane sugar/molasses flavor.  It also had more of ... I wouldn't call it spiciness, but definitely more flavor notes.  This was my favorite.  (My fine taste reflected in the 21-year-old stuff ... )

Last, Rhum Barbancourt, 4 years old.  This fell in the middle of the spectrum, not as bland as the version with TB, but without the molasses notes of the other two.  A subtle cocktail, good for sipping while waiting for someone.